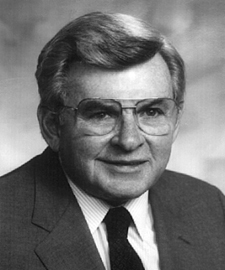 Warren Knight is the recipient of the ACCTM 1997 Lifetime Achievement Award.

He is now retired and lives with his wife, Carolyn, in Newport Beach, CA.

RESOLUTION EXPERTISE
Heard thousands of settlement conferences and developed an expertise in personal injury, medical malpractice, disability retirement, hospital staff hearings, dissolutions and complex civil litigation. Due to his long-standing commitment to ADR, he has not only extensive knowledge of the full spectrum of legal issues, but also a thorough understanding of all types of ADR hearing formats.

While on the Civil Jury Trial Panel, Judge Knight worked with three other judges to create Settlement Conference Week. He helped draft the rules and participated in that program for two years.

Spoken extensively on ADR in the United States and Europe, traveled to China with the "People to People" delegation, published numerous articles and books on the subject, and written arbitration rules and clauses for use by businesses, insurance companies and attorneys.

Appeared on "ABC Business News" and other network news broadcasts, and has been written about in the Wall Street Journal and other national print media and by many publications specific to the legal community.